Sumire Uesaka (上坂すみれ, Uesaka Sumire?) is the voice of Chuchu of Plasmagica. She is currently affiliated with Space Craft Entertainment.

In September 2009, she became a regular on a web radio program Web radio @ Dengeki-Bunko. In April 2010, she entered the Faculty of Foreign Studies at Sophia University. She is majoring in Russian Studies. Since April 2011, she has belonged to the voice actor section of Space Craft Entertainment. Since October 2011, she has been the radio personality on a web radio program A&G NEXT GENERATION Lady Go!!. In 2012, she played a heroine in a TV anime Papa no Iu Koto wo Kikinasai!. It is her first starring role in a TV anime.

Aside of Russian, she speaks proficient in English and Chinese as well, having passed several language proficiency tests. She also likes Lolita Fashion and as such became a model for the Baby, The Stars Shine Bright clothing brand.

Her favorite food includes lamb chop and Kinoko no Yama. Her favourite politician is Vyacheslav Molotov, her favorite manga and anime characters are Chirico Cuvie, Duke Tougou and Rudolf von Stroheim. Her favorite tank is the BT-5 produced by the Soviet Union. 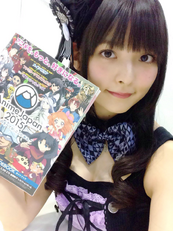 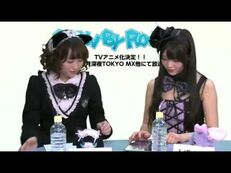 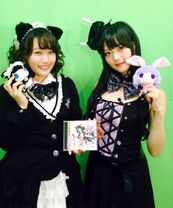 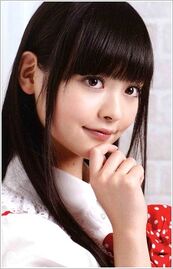 Add a photo to this gallery
Retrieved from "https://showbyrock.fandom.com/wiki/Sumire_Uesaka?oldid=7387"
Community content is available under CC-BY-SA unless otherwise noted.